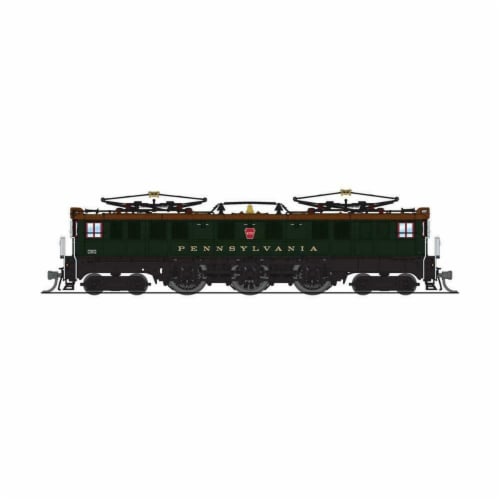 The PRRs class P5 comprised 92 mixed traffic electric locomotives constructed 19311935 by the PRR Westinghouse and General Electric Although the original intention was that they work passenger trains the success of the GG1 meant that the P5 class were mostly used on freight A single survivor prototype 4700 is at the Museum of Transportation in St Louis Missouri The first P5s were built with box cabs A grade crossing accident in which the crew were killed led to the substitution of a streamlined steeple type cab in later production a design which was also applied to the GG1 Specifications . Scale N. Control DCC with Sound