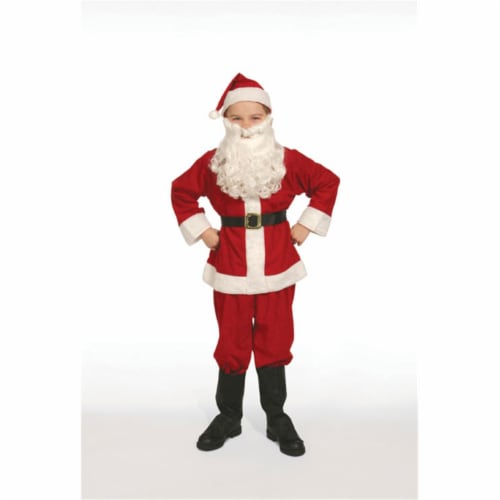 As the makers of the original Santa Suit has been around for over 60 years. Santa Suits have been featured in major motion pictures television programs and commercials and can be found all over the world. With such demand it s clear that is the world leader when it comes to Santa Suits Santas Helpers Mascots and other Christmas attire. Economy Child Santa Suit. Made of red flannel with white plush trim. Suit includes: Pullover coat pants hat with pom-pom belt with buckle boot tops and a beard and mustache set.