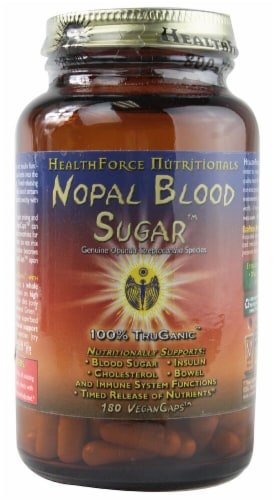 Background Information: Nopal Cactus has been used for thousands of years by Mexican natives, both as a food and for enhanced health and vitality. HealthForce Nutritionals Nopal is the authentic Opuntia streptacantha species (which is the only species that has shown such significant benefits). This organic cactus is dried at low temperatures to preserve enzymes and heat sensitive elements. Our Nopal Cactus is highly nutritious, and contains a unique phytonutrient, vitamin and mineral profile that contributes to its beneficial effects. This profile includes support for the immune system and a moderated balance of blood sugar. It is also high in bulk forming mucilaginous fiber that assists most foods, herbs, and supplements taken with it to be gently and naturally timed released into the blood stream. This includes the timed release of sugars into the blood stream to support healthy blood sugar and insulin functions. Will also timed release other foods/herbs into the blood stream, including unhealthful foods. Timed releasing less than optimally healthful foods into the blood stream will allow the body to deal with the resultant toxicity with less difficulty.