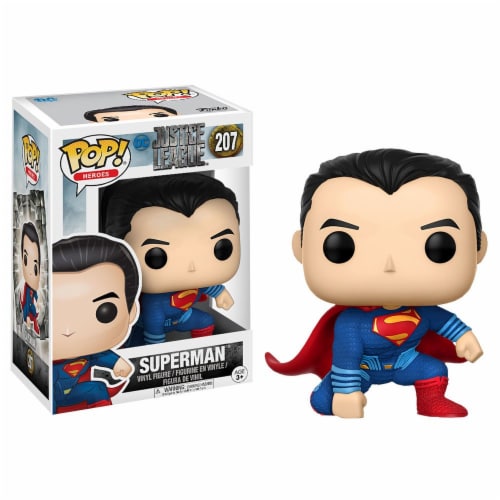 Justice League (2017) - Superman Pop! Vinyl Figure DC's band of superheroes, the Justice League, finally have their own movie! To celebrate, Funko have just announced a whole new wave of Justice League Pop! Vinyl Figures. The films is set months after the events of Batman v Superman and inspired by Superman's sacrifice for humanity, Bruce Wayne and Diana Prince assemble a team of metahumans consisting of Barry Allen, Arthur Curry and Victor Stone to face the catastrophic threat of Steppenwolf and his army of Parademons, who are on the hunt for three Mother Boxes on Earth. Here we have Superman, Kryptonian survivor and journalist for the Daily Planet with superhuman abilities. Add him to your DC Funko collection today! From DC, Justice League - Superman, as a stylized POP vinyl from Funko! Stylized collectable stands 3 inches tall, perfect for any DC fan! Collect and display all DC POP! Vinyls!