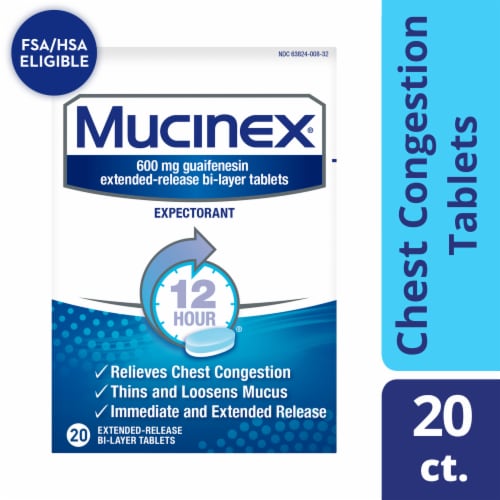 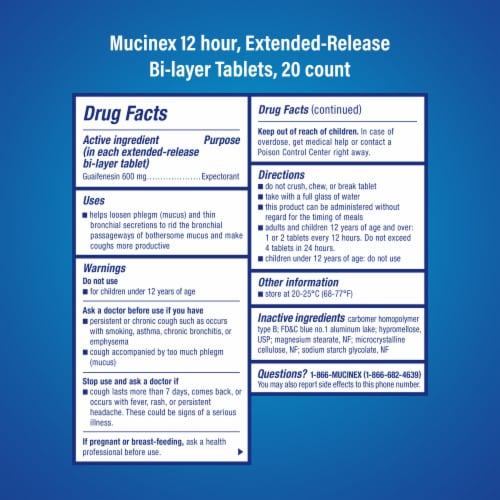 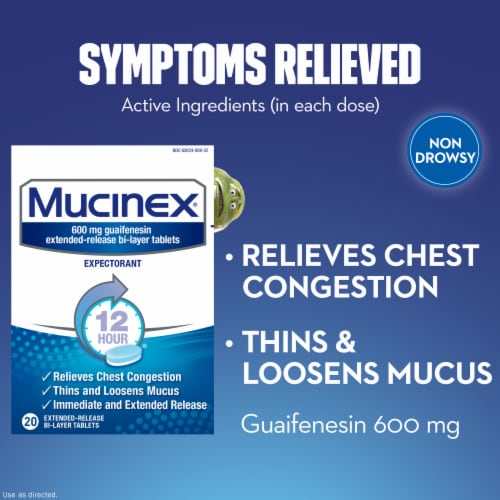 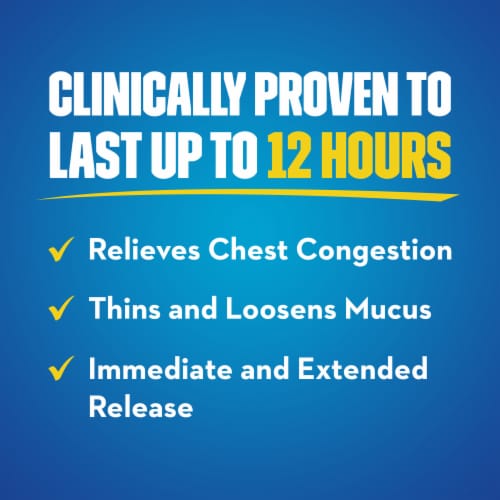 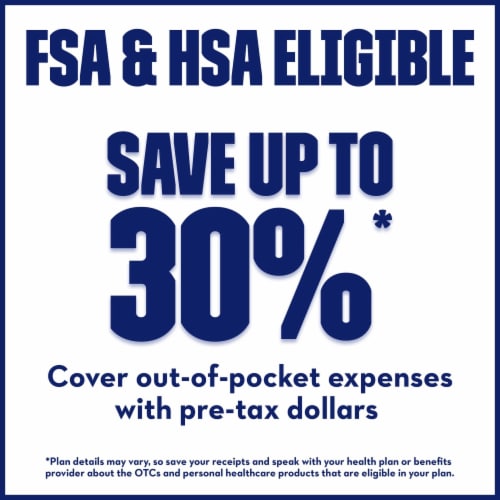 When you’re sick, mucus can be a master of mayhem. But quick, long-lasting chest congestion relief is just a dose away — with Mucinex SE extended-release bi-layer tablets. Guaifenesin, the active ingridient in Mucinex SE, helps relieve chest congestion by thinning the mucus in the bronchial passageways to make the cough more productive. The bi-layer tablet releases immediately and lasts for up to 12 hours.