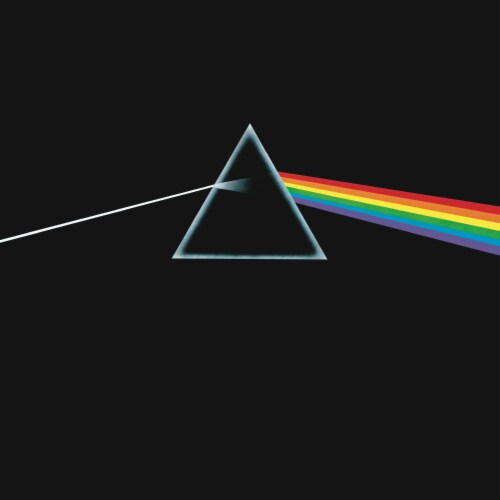 Pink Floyd: The Dark Side of the Moon (Vinyl)

Pink Floyd Records — along with Sony Music and Warner Music Group —is reintroducing the band's classic catalog on vinyl, with release dates at regular intervals. Special care has been taken to replicate the original packaging. This is Pink Floyd at its collective finest, with everyone contributing. David Gilmour took a huge chunk of the music — writing, laying down the chord progressions on Breathe, Time, and Any Colour You Like, plus the singing on the album's best songs, Water conceeding to David's far superior voice. Gilmour also pumped out what would later be hailed as some of rock's most influential lead-guitar riffs on Money and Brain Damage.