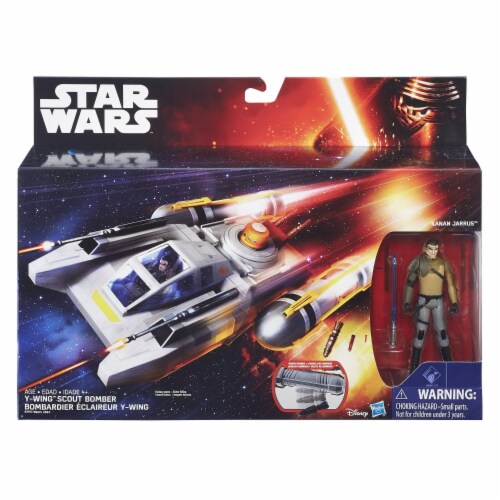 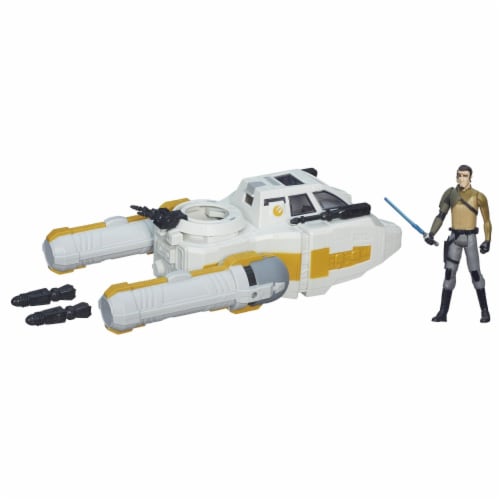 Launch into action and adventure in the world of Star Wars! Discover exciting stories of good versus evil in a galaxy of starships and vehicles. Armed with proton bombs and laser cannons, this prototype Y-wing Scout Bomber uses its rotating engines to provide enhanced maneuverability during flight. This Y-wing Scout Bomber comes with a special edition Kanan Jarrus figure and 3 accessories. Collect and battle with these and other figures and vehicles from Star Wars. Each sold separately. Star Wars products are produced by Hasbro under license from Lucasfilm Ltd. Hasbro and all related terms are trademarks of Hasbro.