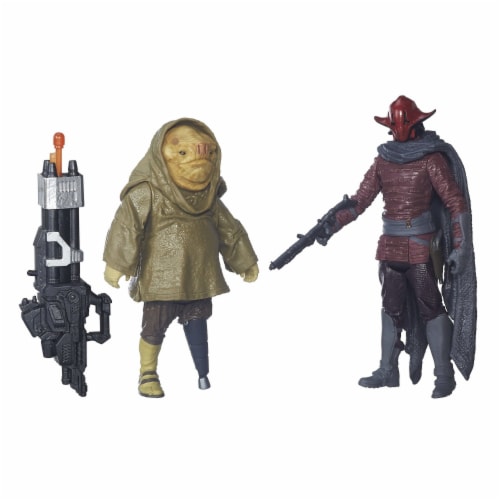 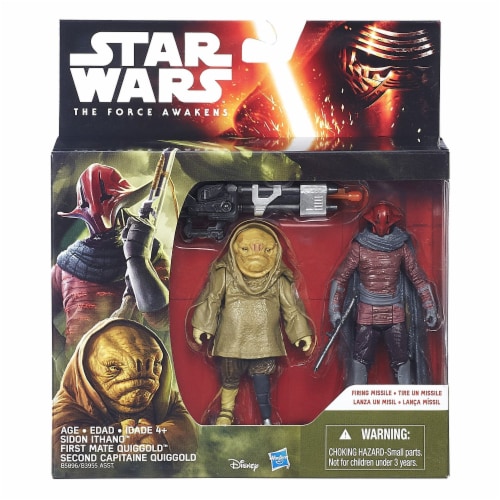 Enter the world of Star Wars and launch into action and adventure! Discover a galaxy of starships and vehicles, and get immersed in exciting stories of good versus evil against a backdrop of a universe populated by heroes and villains, droids and space creatures. Picture new galactic maneuvers and brace for mega lightspeed action with this Star Wars: The Force Awakens 2 Pack featuring Sidon Ithano and First Mate Quiggold! The era of frontier lawlessness that followed the Galactic Civil War led to the rise of the colorful pirate, Sidon Ithano, the subject of many an exaggerated cantina table and Ithano?s First Mate Quiggold, who handles the dashing pirate?s business. Often in need of fresh hands aboard his pirate vessel, Quiggold recruits those looking for work in spaceport cantinas and taverns. Collect and do battle with these and other figures and vehicles from Star Wars: The Force Awakens! Additional items sold separately. Hasbro and all related terms are trademarks of Hasbro. Star Wars products are produced by Hasbro under license from Lucasfilm Ltd.